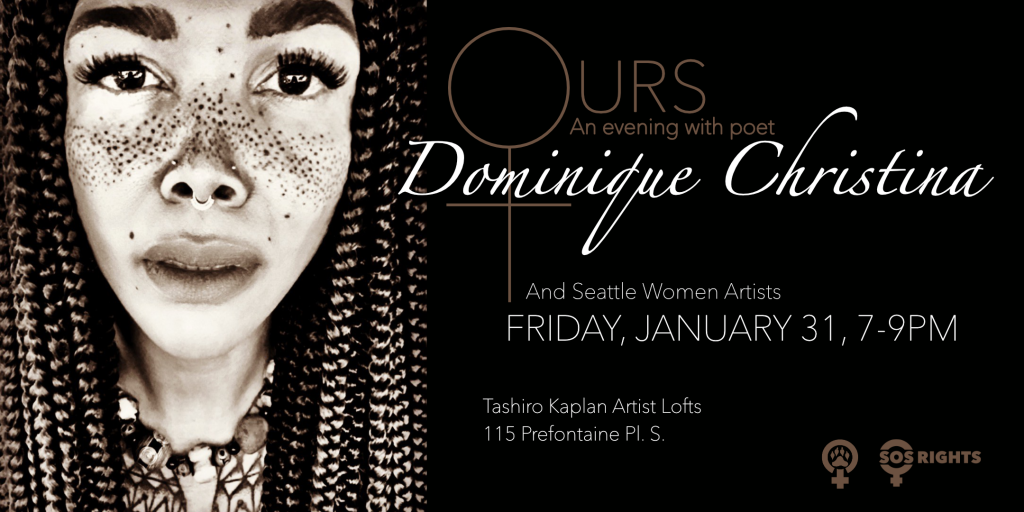 If you’re planning to attend the WoLF event at the Seattle Public Library on February 1, treat yourself to an evening of art and sisterhood the night before.

Dominique Christina is an author of four books, licensed educator, two time Women of the World Slam Champion, 2011 National Poetry Slam Champion, and 2013 National Underground Poetry Individual Slam Champion. She is the only person to win the Women of the World Championship twice. Her work is influenced by her family’s legacy during the Civil Rights Movement and the idea that words make worlds. Her work appears in numerous literary journals and anthologies. She is an actor and writer for the HBO series High Maintenance and is a National Poetry Series Winner for her fourth book Anarcha Speaks, published by Beacon Press.